In 1876, the U.S. was celebrating its centennial, Ulysses S. Grant was serving his second term as President of the United States and Alexander Graham Bell invented the telephone. That same year, Robert R. Street founded R.R. Street & Company in Chicago, Illinois. Over 140 years later, the history of Street’s reflects many of the significant process and product milestones that have occurred in the professional textile cleaning industry over the past century. 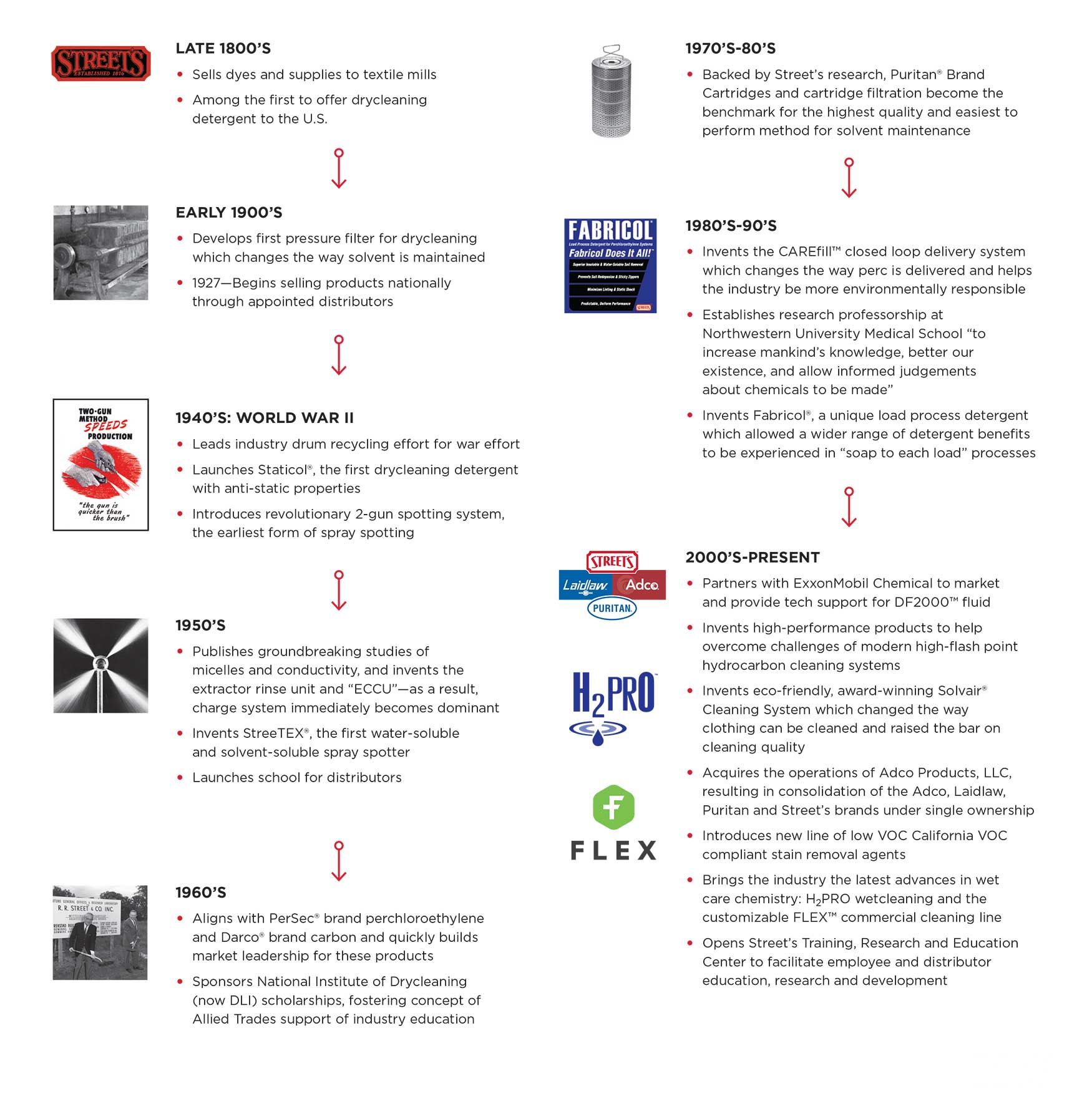 What’s happening at Street’s? Stay up-to-date and informed on our latest news and industry trends.

Educated Customers are the Best Customers.

We use cookies to offer a better browsing experience and to analyze site traffic, Read about how we use cookies. Accept